I am proud to say I have been going three months strong with my little marley hair protective styling “challenge.” I’ve gotten into a rut with styles, admittedly, but it doesn’t bother me; I’m far too focused on the overall … END_OF_DOCUMENT_TOKEN_TO_BE_REPLACED

Let me start of by emphasizing that I LOVE my hair and that going natural was one of the best decisions I’ve ever made. However–and I’m certain I’m not the only one–there are times where I wish I had a … END_OF_DOCUMENT_TOKEN_TO_BE_REPLACED

Hey, friends! I feel like I’m pretty overdue for an update on the Protective Style Challenge I’m doing. If I haven’t mentioned it already, I became so frustrated with and determined to eliminate incomplete splits that I extended my challenge … END_OF_DOCUMENT_TOKEN_TO_BE_REPLACED

I stumbled across a video for these while looking for a tutorial on yarn wraps and thought they looked superhero cute and easy so I said why not? I’ve been thinking about doing this ever since I first tried genie … END_OF_DOCUMENT_TOKEN_TO_BE_REPLACED

It’s that time again! As you already know, my goal is length retention through healthy hair care and currently my hair is just touching MBL. I expect it will be a solid MBL by my 4 year natural anniversary in … END_OF_DOCUMENT_TOKEN_TO_BE_REPLACED

Getting over my lack of confidence in my flat-twisting abilities, I said screw it and decided to do a few styles that relied heavily on them (you may have seen my revised pin up girl updo in the Jane Carter … END_OF_DOCUMENT_TOKEN_TO_BE_REPLACED

Hey, everyone! First official post of 2013! I hope you all had a safe and happy holiday. As predicted, the Christmas dinner at my parents’ was hilarious and at some points even awkward. Long story, short, someone took a few … END_OF_DOCUMENT_TOKEN_TO_BE_REPLACED

I confess. I peeked at my hair for the first time in over 2 months. Normally, I do my wash day routine and don’t even look in the mirror, which is usually fogged up anyway. Now that I think about it, I haven’t had my hair out all at once since starting this challenge. I digress. I took down my twisted halo style to install a different updo for the next week or two and I had a moment of weakness and ran to the mirror. O… M… G… It looked way bigger than I remembered (I took pictures, but they just don’t seem to do it justice, imo), even with shrinkage. I stretched a piece in the back to check length and discovered my hair had just passed BSL (right under the bra strap).

My hair seems to have rapidly caught up to where it would have been had I not been lazy about my genie locs. That being said, I really dig protective styling now. I’ve discovered some cute styles that are quick and simple (and y’all know I love quick and simple), PS-ing has shaved at least 30 min off the time it takes me to get ready to go out, my hair stays moisturized longer, and I have also shortened the actual washing process of my hair to under 2 hours simply by finger detangling with oil (and water pressure) and leaving my hair in plaits through the whole thing (even moisturizing and sealing). Oh but this will definitely continue beyond the challenge. I hereby resolve to wear my hair out only once in a blue moon and on special occasions.

I’m ecstatic!! But being up all day and night Friday, not going to bed until 8 or 9 AM and losing a day to not waking up until 5:26 PM Saturday has taken its toll on my internal clock. Just as everyone else was finishing up their day, I felt like mine had just started. I was ready for breakfast and “news” (internet buzz) while others ate dinner and had drinks. Here it is 4:04 AM and I’m just now getting sleepy. Here’s a quick pic of my hair wrapped up for bed. I’m bunning my hair (sans Marley hair, I’m proud to say) for the better part of winter. 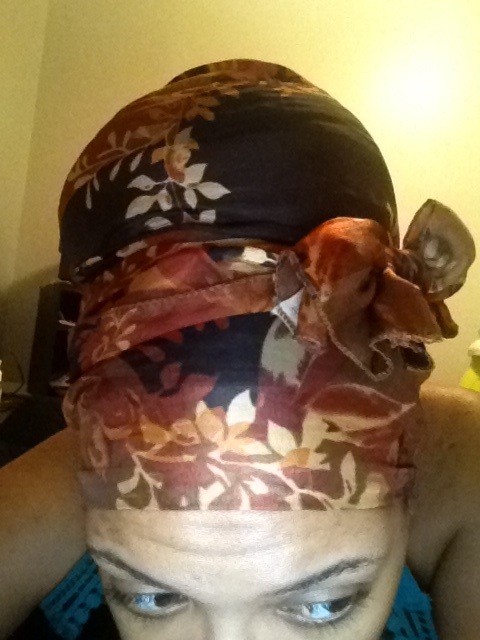 I wanted to take a pic with my hair exposed, but I’m too sleepy to have to tie my hair up all over again. Lazy, I know.

To make up for my laziness, I’ll throw in some fro shots from earlier today… or yesterday…? I need to go to bed. Clearly. Anyway, excuse the leftover product. It was still a little wet from re-moisturizing in the shower.

Okay so I uploaded this on YT several days ago, but I still thought I’d share it here too. It was Day 52 of my 90 Days of Updos Challenge I assigned myself. I’m now entering the home stretch (12/30/2012 … END_OF_DOCUMENT_TOKEN_TO_BE_REPLACED

Sooo I DO NOT like protective styling, save braid and twist extensions, let’s get that out of the way. However, after leaving genie locs/yarn braids in for far too long (a little over 2 months), I may have to do some protective styling whether I like it or not. That’s what I get for being lazy. It’s so easy to fall into that trap when it comes to protective styling. It’s not a set-it-and-forget-it type of thing.

I had to cut 2 1/2″ of my hair for splits and incomplete splits. Am I upset about it? Yes and no. I’m upset I had to cut off so much, but I know in the long run my hair is better off for it. Plus, my hair is only about a 1/2″ shorter than when I trimmed before putting in the genie locs so it’s really no major loss. So now I’ve resolved to do 90 days of protective styling and then check my growth. I’m on day 4. I don’t like it, but maybe protective styling is something like beer, an acquired taste. 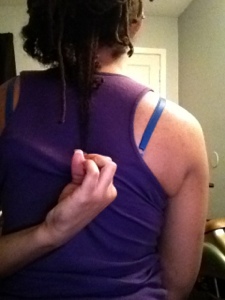 These photos are darker than I would like, but they serve their purpose. This is my starting length. Not much shorter than before.

For my first week of protective styling, I decided on something outside of my comfort zone (well, that’s just about any updo, really) so I’ve styled my hair after Janelle Monae. It’s medium two strand twists rolled into a pompadour. Just a minute. Let me take a quick pic. 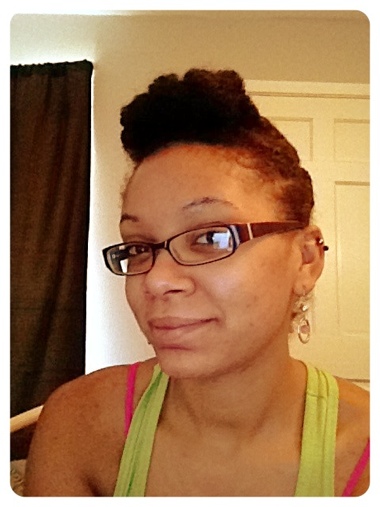 Not really my style, but I guess it looks ok. Three more days and I’ll have to find something else. If anyone has any protective style ideas, ones that I can do in twists, post a link to the pic or vid. I think I’ll do a Marley pony or bun next until then. Peace peace.

P.S. I just realized I missed my 3 year anniversary of being natural! 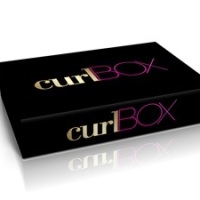