Myleik Teele ‏@myleik
perspective: if every single member of curlBOX canceled at once, based on wait, we could fill membership up four times.

Myleik Teele ‏@myleik
to give a bit more perspective … curlBOX has less than a 3% cancellation rate … so regardless of what is said, not many cancel.

Myleik Teele ‏@myleik
understand where u stand. based on the numbers (I don’t make these things up) getting a curlBOX is on par w/getting into Harvard. #goodnight

Oh honey, you read that right! Somehow in her mind, receiving a subscription of samples of hair care products in the mail (like some fruit of the month club) is as prestigious an honor as being accepted into an Ivy League school. …In what alternate reality? Myleik Teele (owner and creator of curlBox) made it clear that the women who subscribe to her service are nothing but numbers and dollar signs. She even had the cold, steely nerve to make a coercive reference to recently deceased YTer Dawnyele when responding to a complaint, saying she was the second person to die after criticizing her and her business! WHAT??!! I can’t BELIEVE how disrespectful!! To add insult to injury, when someone made a comment exhibiting any negative feedback on the company’s facebook page, they were blocked and their comment deleted. As if that weren’t enough, one user stated her subscription to curlBox was cancelled without her consent after posting negative feedback. Many people said she was none too nice in-person either. Business 101: don’t insult or deride your customers.

If you are unfamiliar with curlBox, it is a service, which in exchange for a $20/mo subscription, packages a “mystery box” of preselected hair care products geared toward naturals, including some full sized products, but mostly sample sizes. She markets her service as “exclusive” because she only accepts a certain random number of subscriptions per month; subscriptions are closed throughout most of the month and are only opened for an extremely brief time period. I wonder if the spots that open up are from those who cancelled their subscription. I asked about the limited subscriptions on the curlBox FB page, but no response. CurlKIT is a similar service, however, consumers seem to prefer it over curlBox for the fact that Heather (owner) actually takes the feedback from her subscribers and makes needed changes. Better customer service and more full sized products.

All this controversy stemmed from a plethora of customers’ who rightfully and respectfully expressed their dissatisfaction with the contents of the curlBox (NOT to be confused with CurlKit). Additionally she made inappropriate reference to an associate’s (Melshary) sexual orientation after she too expressed concern over a September issuance of the curlBox in which two different types of boxes were sent out to subscribers; many were less than pleased to receive products that could have easily been purchased, full-sized, in the beauty supply store for much less than $20. The number one complaint about curlBox, aside from the lackluster customer service, is the fact that many of the products contain the “bad” ingredients many naturals shy away from. In response, Teele then released a “limited edition curlBox Natural,” which was supposed to contain more all-natural/organic products. Priced at $40, it still contained products with unnatural ingredients, such as petrolatum and silicones.

Things really got heated when word spread about her deleting negative feedback comments and mentions of CurlKit on facebook, blocking users, then making snide and derogatory comments about them. She even went so far as to comment on a YTer’s video and then continued to comment negatively about the user via Twitter. When news of Teele’s deplorable behavior made it’s way through the grapevine a Facebook page was erected by a particularly disgruntled commenter dedicated to exposing Teele’s true feelings toward her customers. It got out of hand and teetered on downright dirty when Teele’s DUI mugshots from 2010 and 2012 were posted with links to the online public records. Frankly, people were PISSED. And of course, the women of Lipstick Alley threw in their 2 pence. They went off about her worse than people did about Kimmaytube and her over-the-top egotism and rudeness.

I, myself, haven’t subscribed to curlBox or CurlKit, though, I did take a peek at curlBox when it first came out. Luckily, subscriptions weren’t available and I quickly forgot about it and moved on. With the increase in unboxing videos and the appearance of CurlKit, I became curious again, but once again subscriptions were unavailable for cB and then I saw Myleik’s behavior for myself. SMH CurlKit seems to have more products catered to those who are using the CG Method or just looking for more natural ingredients in general. Should I ever decided to try a subscription service out, CurlKit would be my choice. -sigh- Natural hair problems… 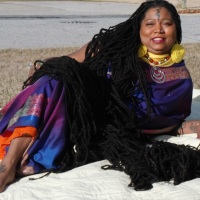